Rapper Royalé Michael recently found balance by making the decision to work on himself and continue focusing on the craft he loves after moving across the country and experiencing a breakup; normally self-criticism and self-sabotage would get the best of him, but instead he shifted his mindset and grew to become happy within himself; this positive shift caused everything else he has been working for to come: opportunities, music, love and community.

“What matters isn’t possessions, it’s family and your legacy. It’s not about the hype. It’s about inspiring people to be their best selves and create a cool world,” said Royalé.

“Second Chapter” is a transition piece of art that tells the painful and joyful stories of Royalé Michael. Beginning from his time in highschool and college moving forward to him gaining confidence then losing loved ones and losing himself followed by a wakeup call that led to him finding his purpose.

“People kill another person in the streets and people mourn and life goes on. Our trauma has been normalized and no one is talking about it and growing up I was oblivious to the fact I can speak out,” said Royalé.

When he lost his brother, a big part of his childhood was taken away from him, which woke up something in his soul and Royalé decided he won’t be someone who sits in silence around issues hurting people and communities.

Royalé is versatile. He’s political and he loves rhythm and blues. At his core he is a storyteller who loves to rock the mic. He began creating “Second Chapter,” by taking time to understand the emotions he wanted to portray. He set out to make listeners feel something each song relates to moments in his life, relationships and experiences.

“Second Chapter is relatable to people because it’s true stories. If you put your truth into your music and it sounds painful and it’s a dope song then people are going to rock with it. If you are in love and you express joy in your song then people will rock with it. It can go either way. Even if you’re creating a fantasy, authentic emotions help to make impactful music,” said Royale. 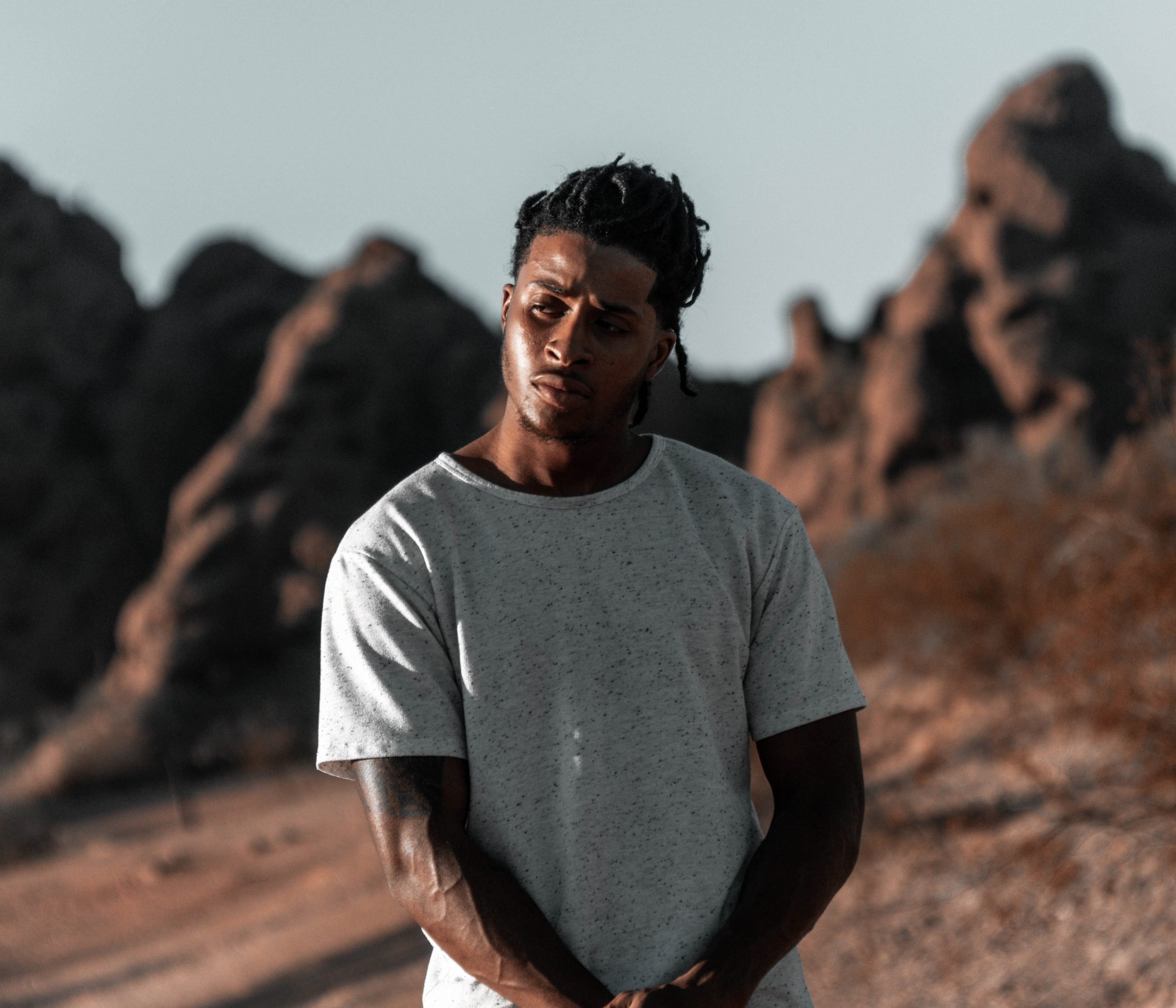 A Black man from Michigan and Illinois made the move across the country to Arizona, and he couldn’t be in a better space personally and creatively. Growing up in the Midwest Royale always wanted a taste of the palm trees and the warm weather and Arizona has given him just that, and not to mention the support every artist needs.

The energy we allow into our space has the ability to either empower and affirm the good in us or perpetuate negative thoughts and practices that we’ve been conditioned to believe, and often artists are the last to be checked in on. Royalé touched on self-care and emphasized finding balance for anyone starts with feeding positivity and canceling out negative thoughts and habits.

He found a dope visual team that has been working with him in Arizona, Artist Movement, Cade Herbolsheimer and Morgan Ryan. An artist collective united to support one another and push their work to the masses. Royalé has become a member of the collective comprised of photographers, cinematographers, musicians and more. He also met NuEra, an audio engineer based in Texas. The sound and visuals Royalé has been able to create with his team are sick.

“I’m surrounded by people that see my vision and do what they can to help me bring it to life. My community has been the foundation of everything I’ve been able to create,” said Royalé.

Influenced by the storytelling of J. Cole, Meek Mill, Lil Snupe, Kendrick Lamar, and Big Sean. Royalé lets the music speak to him and then when he puts pencil to paper the emotions start to flow. Royale works to tell the complete story and emphasize the message as much as possible with each song he writes and records. All while maintaining his creative integrity; his style almost always includes dope hooks and a beat you can bob your head to. 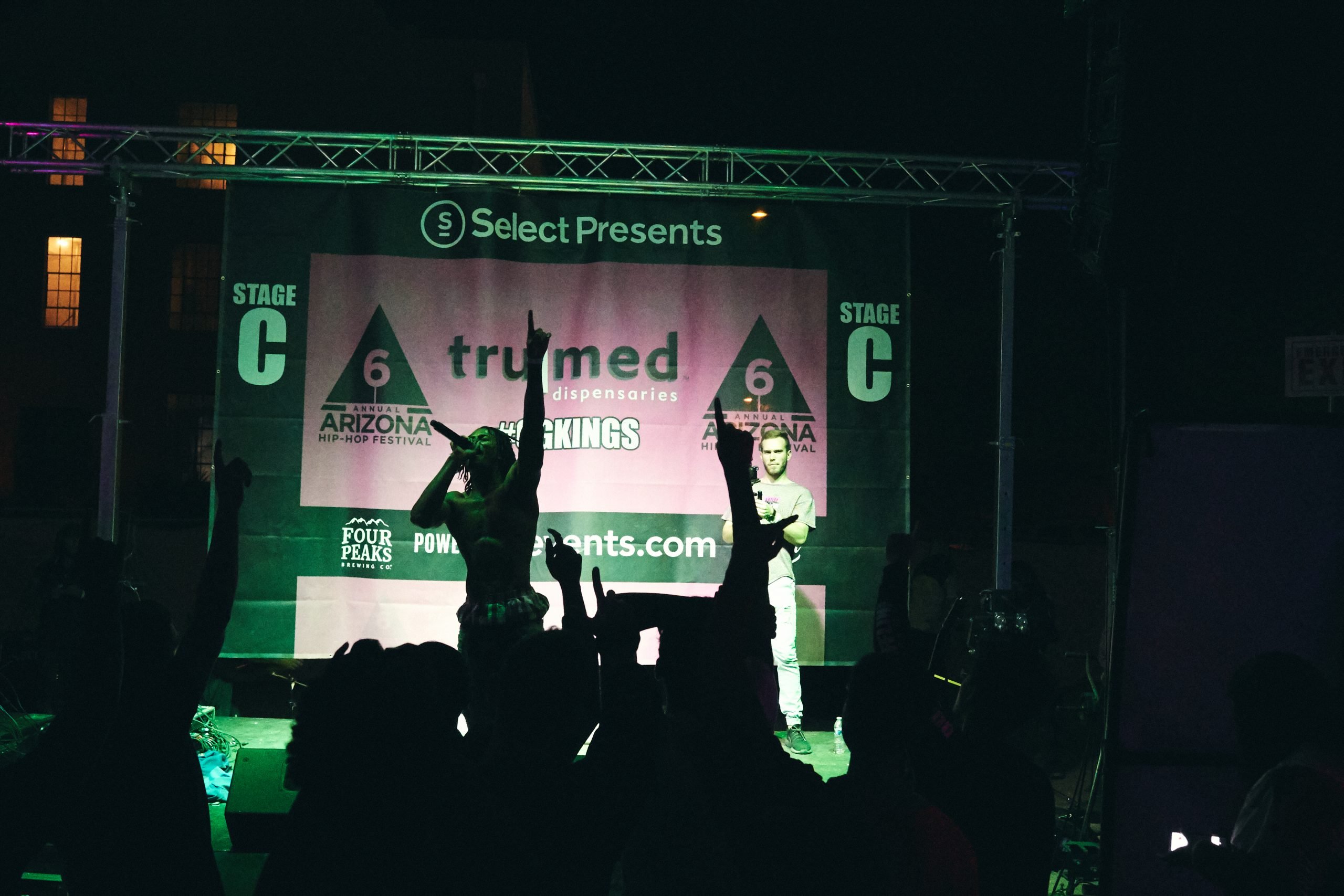 “I plan on bringing back music that people can love, so that we can all love ourselves and one another,” said Royalé.

“My goal is to start telling the story of what my ideal world is; a world where we forget about everything besides love, kindness and happiness among people,” he continued.

He ends the album with, “Save Me a Spot,” basically a declaration to the afterlife; there have been times in his journey where he thought he was ready to leave this world, but now he is in his element and has so much more left to do, so he’s asking whomever is out there to save him a spot.

A car won’t reach its destination without maintenance and we are no different; to stick to your vision you have to do maintenance, which is self-reflection. 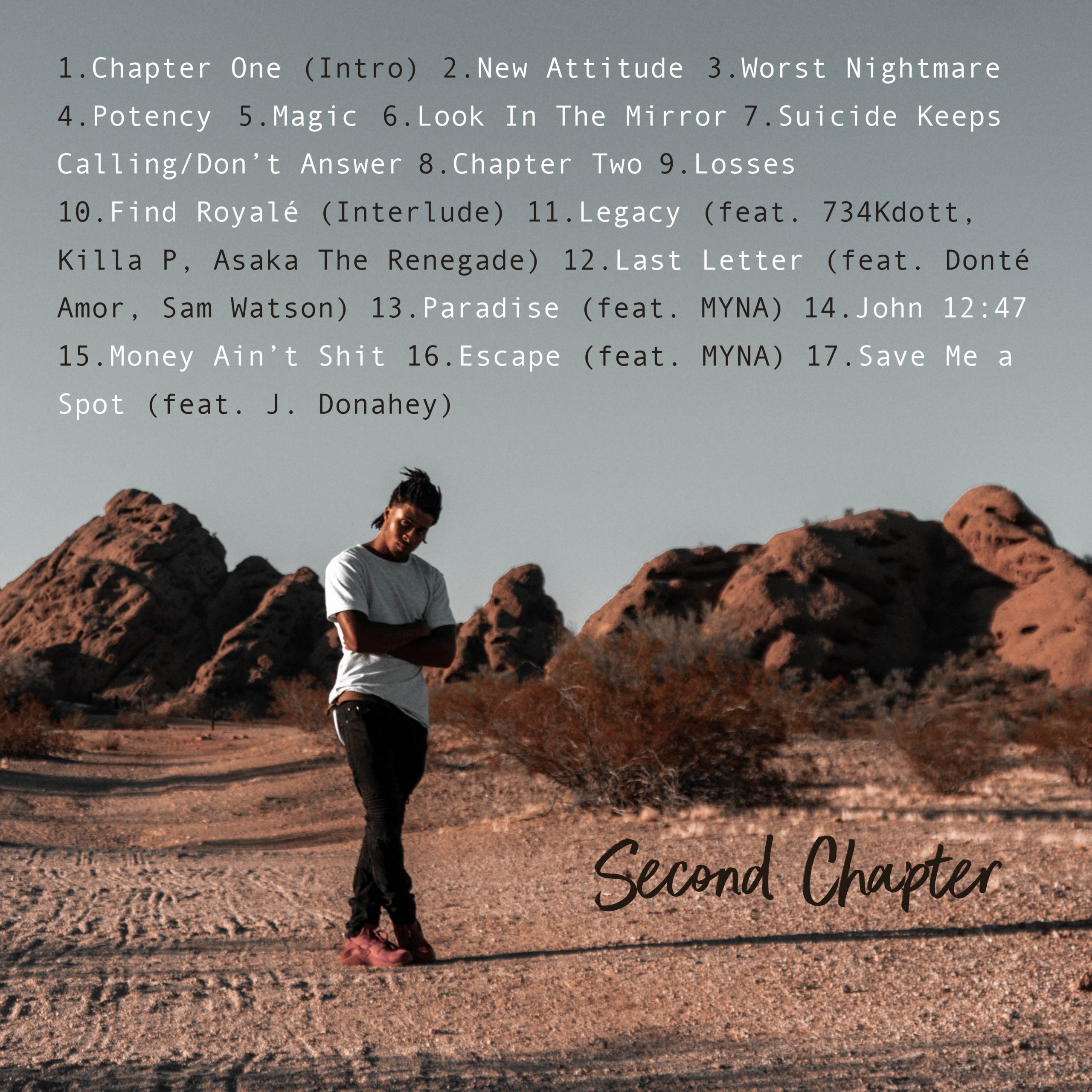 By Antonio Cooper   The Golden Globes have been exposed as a white-dominated institution that occasionally elects to treat Black art as charity and Black representation as optional.
ArtsMusicPop CultureWhat's Streaming

By Antonio Cooper   ‘106 & Park’ innovatively captured and propelled Black culture in a way that cemented the show in history as a cultural cornerstone.
Social IssuesSportsWhat's Streaming

by Antonio Cooper   Racism has been stitched into the fabric of professional-wrestling, so when news broke that World Wrestling Entertainment (WWE) elected to have Bianca Belair, a Black woman, win The Royal Rumble, it…