3 Mins read
Share
By Shayler Richmond
The unfaltering willingness of many Americans to align with hatred was made plain yet again by the narrow margins of Vice President-Elect Kamala Harris, and President-Elect Joe Biden’s 2020 victory; the persistent inability of America to flush out systemic oppression, emphasizes the reality that equity is not blue or red, in fact, the burden of resolving America’s inequalities continues to fall on the work and sacrifices of Black and brown people.
People of color have been minoritized and marginalized to protect white privilege, allowing for America to be consumed by whiteness. Most of America’s most pivotal steps toward equity have been kickstarted by Black people. From the Civil Rights movement to Black Lives Matter, these movements have been started and propelled by Black people, with the bulk of the work being done by Black women. 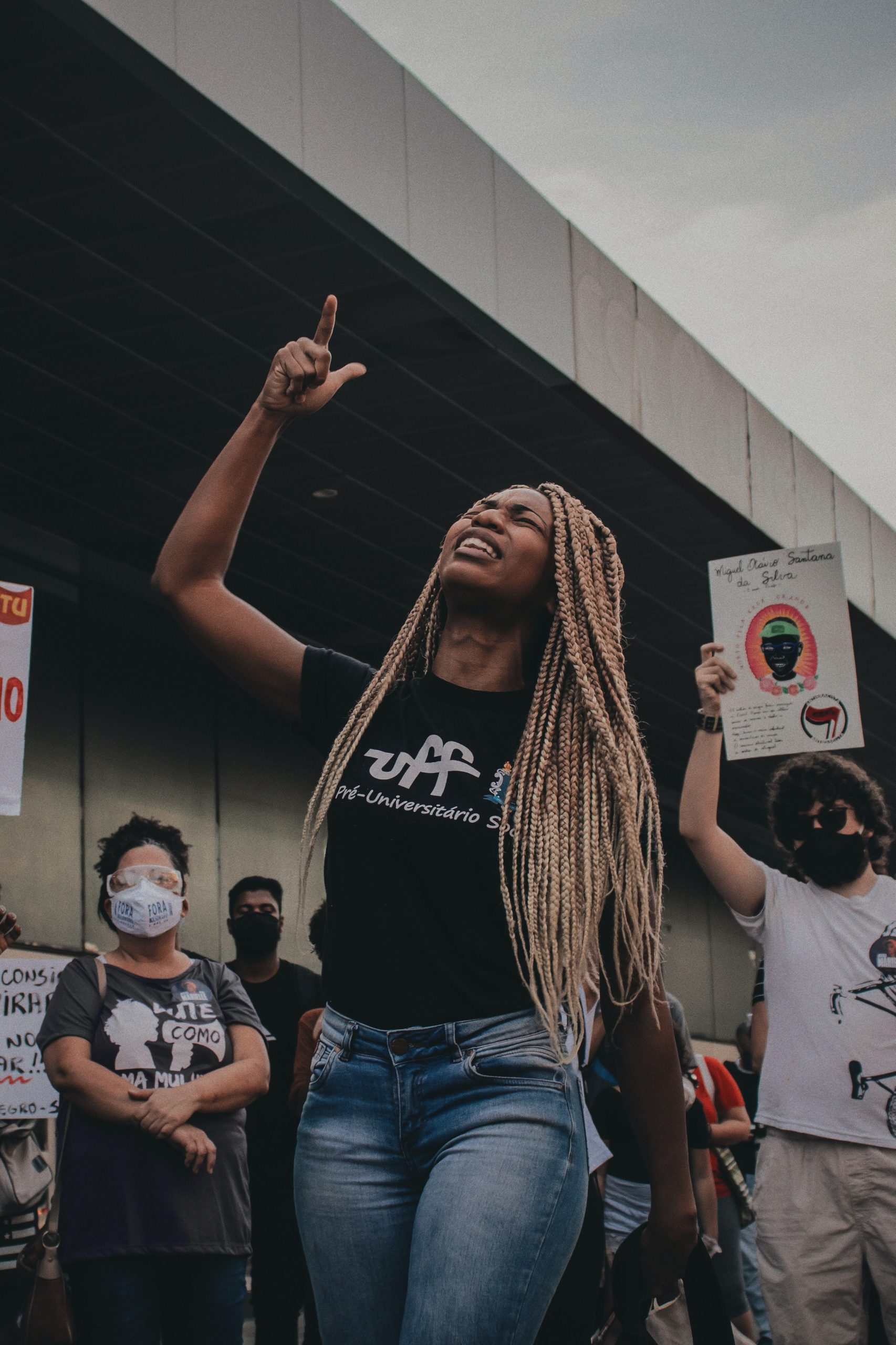 Historically, achieving justice has not been work everyone is willing to do. While some people don’t believe equity is possible, others believe they can’t or shouldn’t be apart of the change. However, Black liberation has been political since the American government legally sanctioned the enslavement of Black people.
Slavery will always be an issue because although the tactics look different, the strategies used to suppress the mobility of nonwhite people remain intact. Systemic racism has rendered many people unequipped to overcome the physical and metaphysical confinements white supremacy places on modern society. The American system consistently suffocates every attempt at equity, which is both counterproductive and detrimental because complete healing cannot take place where equity doesn’t yet exist.
Equity in America will never be achieved if the most vulnerable people do not understand their political power. White supremacy would have Black people never vote or advocate on their own behalf, but who else will?
The Democratic Party and Republican party are merely vessels created to propel America’s democracy. The destructive paradigms enforced by slavery did not end in the late 1800s, nor did the trauma dissipate. These political parties were not created to serve all people, just like the constitution was not originally written to serve all people. Nothing in America was built for diversity. Therefore, the political system, like every public service agency, must be leveraged for the common good, which is also the greater good.
Be in the fight; understand what you need and push for it.
America is not obligated to remain the same America. A country committed to being ‘for the people,’ must evolve and grow with the people.
Democracy requires participation. Because Black people are fighting for their freedom, all people are freer. Black women especially are leading in politics, education, advocacy, and influence. Black women have shown their innate ability to ignite revolutions. For example, Black Lives Matter was founded by three Black women: Patrisse Cullors, Alicia Garza, and Opal Tometti. BLM continues to have a significant global impact.

“Black Lives Matter has always been more of a human rights movement rather than a civil rights movement. BLM’s focus has been less about changing specific laws and more about fighting for a fundamental reordering of society wherein Black lives are free from systematic dehumanization,” – American Civil Liberties Union.

Strategic and systemic advancement is needed to create equity because the destructive traditions of white supremacy remain prevalent. White destruction includes weakening Black and Brown communities by any means. For four years, Donald Trump, an outed bigot, was seated in one of America’s highest offices. Following his first term of presidency, American citizens almost voted to reelect him in 2020, for four more years.
The 2020 Biden-Harris ticket wins
Joe Biden and Kamala Harris received almost 80 million votes, according to the Associated Press, this is the most votes ever received in a presidential election. In modern history, no other election took as long to be tallied or fell under as much scrutiny, which is majorly due to COVID-19 exacerbating every inequity Americans face. While this pandemic has taken lives and halted many businesses, Donald Trump, the sitting president, never made the virus his priority. Despite the mounting death toll, Trump discredited the severity of the virus, and doubled down on his attempts to ostracize and belittle anyone who disagreed with him, which is the same overt disrespect and divisive rhetoric that got him elected.
There are Americans that want hatred to win because equity scares them, and white supremacy makes them feel most comfortable. This is the reality of who America has been. This country was founded on slavery, murder and theft; love has not been the norm, which is why it will take radical love, radical organizing and intentional policies to shift the tide of systemic oppression and systemic inequalities. Love is the only wave toward justice, alone a blue wave nor a red wave will lead us to equity. Liberty and justice will take people working from all sides.
In this same breath, we can not overshadow Kamala Harris being the first Black woman to be elected Vice President of the United States. Her victory is a win for democracy because the last 48 Vice Presidents of the United States have been white men and Harris, a Black and South Asian woman, better represents America’s diversity.
Equity includes a seat at the table; a country cannot serve a people it is not represented by.
Share
Share

By Antonio Cooper   Black people’s reasoning for not trusting the COVID-19 vaccine is rooted in the medical field’s history of racism and past experimentation on Black people. Historically Black people have been subjected to…
HealthSocial IssuesUnpacking America

By Antonio Cooper   Food deserts disproportionately deteriorate the health of Black communities due to the deficiencies in access to affordable healthy food options caused by this layered inequality.
Social IssuesUnpacking America

Mass shootings are an American issue

By Dalila Da Silva Lopes   For the second time in less than a week, America has experienced another gunman’s deadly rampage.    Mass killings are defined as four or more dead, not including the…